Yelp.com: What is It?

Founded in 2004 by former PayPal employees, Yelp has grown to become one of the premier crowd-sourced review websites and apps for local businesses and restaurants. As of 2016, Yelp boasts more than 145 million monthly visitors, and has close to 135 million reviews posted on their site. It covers more than 2.8 million local businesses, and is translated into more than 18 languages.

With such rapid growth and wide coverage, it’s bound to run into some issues, specifically, false reviews, privacy concerns, and censoring and manipulation of reviews and content in order to increase ad spending. Yelp’s biggest issues center around their relationships with small to medium sized businesses, due to their lack of funds and limited resources.

When used maliciously, Yelp can be a deadly tool for users looking to damage the reputation and livelihood of a business or their owners. As one of the world’s largest business review and complaint websites, Yelp’s security and privacy measures don’t always catch defamatory, false, and malicious content, as their algorithm not only sorts through millions of negative reviews, but positive ones.

For many businesses in the modern marketplace, a positive review or reputation on Yelp is a necessity for success and longevity, as up to 72% of consumers polled stated they trust online reviews as much as a personal recommendation from a friend. However, a bad review can also destroy it. 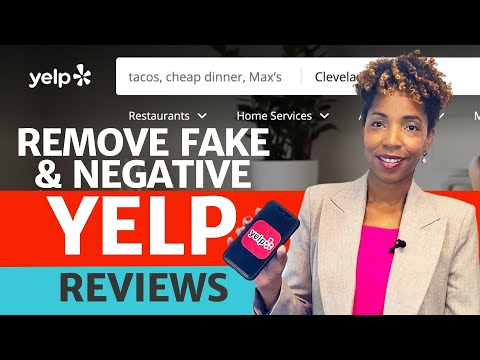 Does a Low Yelp Rating Have Any Correlation With Decreased Business? According to a 2011 report by Harvard School of Business, even just a half-star bump or decrease in your online Yelp rating can have a significant impact on your restaurant or business’s success. Most businesses are unaware of Yelp’s rating algorithm, which actually rounds up or down to the nearest star increment, drawing on mere fractions of a percentage.

Knowing that a fraction of a percentage in your Yelp rating could be the key difference between empty seats, and a 30 to 40% increase in sold out seats per day. Failing to remedy such a problem could result in your restaurant or business having to close shop early. For example, according to Yelp’s rating algorithm, a restaurant with a 3.24 rating would be rounded down and displayed as 3 stars, while a restaurant with a 3.26 rating would round up and be classified as a 4.5 star restaurant.

Additionally, a United States Department of Labor report on survival rates for businesses from 1994 to 2015 affirms just how hard it is for new businesses to survive. The report estimates roughly 50% of businesses fail after 5 years. Most interestingly, the report found that the construction and healthcare industry boast the highest rates of success.

With the potential for such a significant impact on a restaurant’s business from just a small change in their Yelp rating, it is even more worrying that almost 1 in 5 reviews on Yelp are indeed fake, or roughly 20%. Fake reviews on Yelp have been on the rise since the early 2000s, and are up nearly 5% since 2006.

if you suspect that your business is the target of fake reviews, we recommend reading our guide, “How to Spot a Fake Review“.

So, What Should You Do?

The damage caused by a disgruntled employee, jealous competitor, or mean-spirited customer can be severe. If you or your business is the victim of such an attack, your restaurant or business could be in jeopardy. Your next employer, future customers, friends, or family members could easily stumble upon such defamatory information, potentially damaging your reputation and business’s livelihood.

Make sure to cover all of your digital footprint bases by checking out our article on how to remove Google reviews! Fake reviews are on the rise, take it from the New York State Attorney General, Eric Schneiderman, who, in 2013 busted 19 companies for “astroturfing,” dishing out over $350,000 in combined fines. But, this begs the question, what is astroturfing, and how does it affect my business?

Astroturfing is the practice of masking reviewers or other sponsors of a business or organization as authentic and original. In simple terms, astroturfing occurs when companies pay for reviews and credibility, all while withholding the financial connection. But where does the term “astroturfing” come from? Funnily enough, the term originates from “AstroTurf,” the synthetic carpeting used to resemble natural grass.

In the United States, astroturfing is prohibited, allowing for the Federal Trade Commission to levy up to $16,000 in fines per day on businesses who violate their endorsement and testimonials in advertising guidelines. Not only does astroturfing lead to the demise of businesses, it helps fulfill and perpetuate false business agendas, manipulates public opinion, and endangers scientific and statistical research.

Several authoritative reports concluded the biggest perpetrator of such reviews? Direct competitors. Be sure to keep a watchful eye on what your direct competitors are doing in the online review world to better prepare yourself for false and defamatory attacks online. Doing so will help you recognize early on something isn’t right.

How Do You Spot Astroturfing?

Defamation Law Fact: Although Yelp’s review policies can be a bit vague, this can work in a business’s favor. While Yelp discourages business owners from asking customers for reviews, it isn’t an explicit violations of their Terms of Service.

If you are looking to learn how to remove a Negative & Fake Yelp review, the online reputation lawyers of Minc Law may be able to assist you and your business. We engage in and facilitate an effective and smooth removal process, and gather and submit evidence to secure removals.

In many cases, we guarantee the removal of defamatory reviews, or we will return your fee. To schedule a free, no-obligation initial consultation, call (216) 373-7706 , or schedule a meeting by filling out our online contact form. The short answer: Yes. Yelp will remove fake, libelous, and defamatory reviews, as well as Yelp blackmail. However, sometimes it isn’t always as easy as that. While Yelp promises to remove false or defamatory reviews, their removal policies are rife with certain caveats and conditions.

In order to best identify and formulate a removal takedown request, it is important to understand the four main reasons when Yelp will remove a review.

Although Yelp makes it very clear in its FAQ they will remove certain reviews, they state they “[don’t] typically take sides in factual disputes and generally allow Yelpers to stand behind their reviews. This language is vague and overbroad, allowing Yelp to avoid responsibility and proactivity towards removing egregiously defamatory reviews and content.

However, the site does provide a final channel of recourse should the review fail to be removed by moderators. Injured and defamed parties may send a final adjudication from “a court of competent jurisdiction indicating that the review is defamatory.” Thus, you do have the ability to remove defamatory Yelp reviews, but it will likely require a court order.

Defamation Law Fact: In order to request a re-review, you will need to flag the content again, and report any changes or information you missed the first time.

When bringing a takedown removal request to Yelp or a court, it is essential you compile as much evidence as possible to support the removal. Although some cases for takedown may seem self-evident, providing thorough evidence can help increase your odds of removal, clarifying any ambiguities a court of Yelp might have when approaching the content or review. In other cases, you may need to provide evidence of a reviewer’s identity.

Uncovering a user’s identity can be an arduous and complicated process, requiring significant legal due diligence and work. You may even need to subpoena both Yelp and the reviewer’s ISP address. Working with an internet defamation removal attorney will greatly increase your chances of effectively removing such defamatory information, and will save you time in having to uncover a reviewer’s identity.

Is Yelp Liable for Defamatory Reviews Posted on its Site?

Yelp is classified as an “online service provider,” meaning the bulk of content on their site is generated by third party users. Like other online service providers, Yelp is shielded and protected under Section 230 of the Communications Decency Act (CDA) which provides that “No provider or user of an interactive computer service shall be treated as the publisher or speaker of any information provided by another information content provider.”

We go over Section 230 in greater detail in the video below, including the pros and cons of the legislation, significant court cases that have shaped how it is interpreted, and who you can hold liable for defamatory/harassing behavior.

Such protections have been tried and tested time and time again. In 2016, Kimzey v. Yelp, affirmed Yelp’s immunity under the CDA after Douglas Kimzey, a locksmith, sought to hold Yelp liable for the “libelous per se” statements made by a user “Sarah K.” The Ninth Circuit held because Yelp’s star rating system was an aggregate metric, reducing user input into a single, cohesive statistic, Yelp could not be held liable under Section 230 of the CDA. Secondly, the Court opined that because there was no original content development or creation, Yelp should be regarded as a neutral facilitator, and immune from liability.

Defamation Law Fact: Personally responding to each Yelp review is an effective way to boost your online reputation and mitigate any damage by disgruntled customers who could leave an even worse review elsewhere. Good customer service, flexibility, friendliness, and a clear return policy are common traits of businesses that are consistently reviewed well on Yelp.

5. Work With Internet Defamation Lawyers to Protect Your Business’s Reputation

Fake and negative reviews targeting your business can cause a significant damage to you and your company’s reputation and business. The good news, you don’t have to pay Yelp to remove false and defamatory reviews. The bad news, removing content and reviews from Yelp often requires a substantial amount of time, proof, and legal work.

★★★★★
“We were under pressure to resolve an unfavorable Yelp review. Our Minc team was empathetic, efficient and got the job done quickly. We now have a lifeline when an on-line review becomes problematic. Many thanks to our wonderful team!”

If you are looking to help protect your business’s reputation and longevity in the market, the Internet defamation attorneys of Minc Law will fight to protect your business from fake and defamatory Yelp reviews. To schedule a free, no-obligation initial consultation, call (216) 373-7706 , or schedule a meeting by filling out our online contact form.

How to Get False Content & Libelous Reports Removed From RepDigger.com 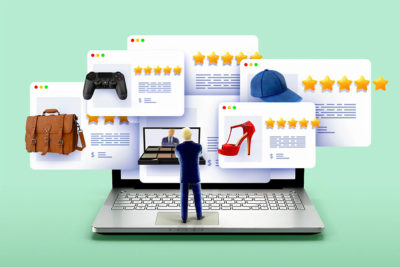