Founded in 1995, Citysearch.com is an online city guide for reviews, directions, and recommendations for the best restaurants, clubs, hotels, and other entertainment services in the United States. Citysearch includes contact information, directions, maps, editorial comments, and user reviews. Although Citysearch entered the search site market nearly 10 years before Yelp and other competitors, the mid-2000s was a period of stagnation and minimal growth for them, allowing for Yelp to snatch up a majority of the market share.

While Citysearch has been overtaken by newer and larger rivals in the market, namely Yelp, the site still carries great weight and influence over businesses, customers, and other clients. Citysearch.com’s interface provides users a platform to vote and post reviews on quality and experiences at various restaurants, salons, spas, bars, music venues, hotels, retail stores, and other locations.

The site also offers a voting feature called “Best of Citysearch,” where city locals are given an opportunity to vote for their favorite businesses. At the end of polling, the top ten businesses in each respective category (e.g. restaurant, hotel, nightlife) are chosen for each city. As a user review site, Citysearch is especially prone to libel, and defamatory reviews and publications about businesses. Over the years, Citysearch has received considerable criticisms for their approach towards regulating accounts, and the authenticity of reviews.

Defamation Law Fact: When determining whether there is an actionable cause of defamation, courts look to see if reviews exceed the bounds of just a “bad review” and incorporate false elements and accusations. False written reviews amount to libel and are actionable.

False and defamatory reviews of businesses can result in serious consequences for business owners, their livelihood, and even their existence. A negative review not only can deter customers and lead to declining business, but they have also ended countless businesses.

While many users and reviewers use Citysearch and other review sites in the targeted and appropriate manner, it is common for a vocal minority to abuse review guidelines and post libel and other false content.

Some key issues with Citysearch include:

Citysearch received backlash after listing the Society of St. Francis animal shelter in their “Insider Pages” and against the shelter’s will. The shelter complained that Citysearch provided a forum for the business to be harassed and threatened by anonymous persons. False and libelous comments were also scattered across their Citysearch page, which they successfully removed after bringing a defamation action against Citysearch.

Moving Forward With a Concrete Plan

It isn’t unheard of for reviewers to unfairly and inaccurately describe an experience out of general maliciousness, or after having requests for special treatment rebuffed. As Benjamin Franklin so famously said, “Any fool can criticize, condemn, and complain – and most fools do.”

After receiving a negative review, it is highly recommended business owners should first seek to privately remedy any issue by reaching out to the customer. However, even good-faith efforts to resolve negative reviews and experiences oftentimes fail to satisfy a disgruntled customer, and owners are left seeking alternative remedies to protect their business.

If your business has been the subject of defamatory attacks and reviews, there’s hope. Citysearch’s Terms of Use (TOU) outlines removal of specific types of reviews and content from their site.

Citysearch’s TOU employs a reactive approach to reviews that violate their guidelines and requires business owners to take proactive steps to commence with the removal process. Owners are also required to submit evidence to support the removal, a process that can be lengthy and uncertain.

Who Can’t I Hold Liable For Defamation on Citysearch?

Business owners understand that negative reviews and coordinated defamation campaigns on user review sites can seriously harm their business and profitability. Therefore, it is a common question for clients to wonder who they can hold liable for the damages they’ve experienced.

In 2010, Citysearch was rebranded under their parent company CityGrid Media. If you are seeking to hold an anonymous poster liable for their defamatory and libelous comments, you should contact an Internet defamation removal attorney to assist you in subpoenaing CityGrid Media, LLC and their service agent, National Registered Agents, Inc.

Like other user-generated content platforms, you cannot hold Citysearch or it’s parent company, CityGrid Media, liable for defamatory and false reviews. Citysearch is protected under Section 230 of the Communications Decency Act (CDA), which grants broad immunity to website operators for content published on their site, as long as they aren’t the “true publisher” of the defamatory content. Such suits against Citysearch and its parent company will likely be dismissed, with a potential countersuit being filed back at you.

We go over Section 230 in greater detail in the video below, including the pros and cons of the legislation, significant court cases that have shaped how it is interpreted, and who you can hold liable for defamatory/harassing behavior.

Video: Why Section 230 of the CDA Should Matter to You

User-generated content website immunity was solidified and affirmed after two significant defamation rulings, both involving AOL, in the late 1990s.

Following the infamous Oklahoma City bombing, anonymous messages were posted on an AOL bulletin board mocking the atrocity and praising the perpetrator, Timothy McVeigh. The messages implicated an innocent party, Kenneth Zeran, whose phone number was posted in connection with the messages, leading to a barrage of threats and calls. Zeran brought suit against AOL, alleging negligence for taking an unreasonably long time to remove the messages, and screen for future postings.

Immunity for internet service providers was upheld after a Virginia court declared wrongs committed by users on user-generated sites did not impute liability to the service provider under the CDA. Ultimately, the ruling hinged on whether AOL was a distributor or publisher of the information, with the court finding that distributors are a direct subset of publishers and thus protected under Section 230.

In 1998, Sidney Blumenthal, a Clinton aide, brought suit against Matt Drudge, an Internet and radio journalist, and AOL, after Drudge had published a story accusing Blumenthal of abusing his spouse. Blumenthal sought to exclude the applicability of the Communications Decency Act and hold the internet service provider liable for content posted on their bulletins boards, chat rooms, guest books, and other interactive services.

So who can you actually hold liable for false and malicious reviews? The individual poster of the defamatory content.

Defamation Law Tip: Before you bring action against a user who has submitted false reviews, make sure you understand the difference between libel and slander. Libel is a defamatory written statement, while slander is spoken.

Who Can I Hold Liable For Defamation on Citysearch?

Injured business owners may hold an individual poster liable for the defamatory reviews and postings because they do not receive the same protections and immunity for their postings under the Communications Decency Act.

However, to be fair, while holding the individual poster liable for damages is theoretically possible, the business owner should ensure that the decision to pursue legal action beyond removal makes financial and business sense. Working with an Internet Defamation Lawyer can help you understand your potential options including whether you should take additional legal action.

A Texas court rejected the defendant’s motion to dismiss after they claimed section 230 of the Communications Decency Act immunized them from liability for their publishing of third-party content.

The court found that section 230 did not preclude MCW’s claim, because RipoffReport and the second defendant, Ed Magedson, crafted defamatory and false report headings, titles, and other content about their career counseling services. Creating such content was sufficient to declare them “content providers,” and not covered under the CDA.

The court in Hy Cite Corp found that the defendant, who operated a consumer complaint forum for businesses, was not covered under the CDA because they curated and added their own, original editorial comments and titles to the reviews.

Defamation Law Fact: The Communications Decency Act of 1996 (CDA) is just a common name for Title V of the Telecommunications Act of 1996, and is usually used interchangeably when referring to internet service providers who publish user-generated content.

Protect Your Business By Working With a Defamation Removal Attorney

Business owners can face extremely negative consequences when false reviews and accusations are posted on online review websites. Such reviews can lead to decreased business, lack of trust, and even the closure of the business. Take proactive measures for your business today, by reaching out to an Internet defamation removal attorney.

★★★★★
“We were under pressure to resolve an unfavorable Yelp review. Our Minc team was empathetic, efficient and got the job done quickly. We now have a lifeline when an on-line review becomes problematic. Many thanks to our wonderful team!”

The Internet defamation removal attorneys of Minc Law, will fight for business owners who have been unfairly attacked by reviewers on sites like Citysearch. We guarantee removal of the defamatory review or we will return your fee. To schedule a free, confidential consultation call (216) 373-7706, or schedule a meeting online by filling out our online contact form.

Citysearch. About Us - Frequently Asked Questions (2022).

Frederic Lardinois. Shrink To Grow: CitySearch and Urbanspoon Parent Company Lays Off 15% of Its Employees. TechCrunch (2012). 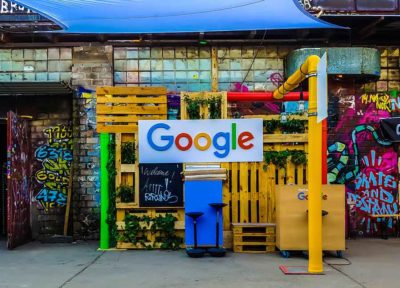 Can I Sue Google? Is Libel a Crime? A Guide to U.S. Criminal Defamation & Libel Laws