Have you been the victim of defamation and want to know the deadline to file a lawsuit? The statute of limitations is a major deadline that affects your ability to file a defamation lawsuit and is critical to keep in mind when considering all of your options in responding to defamation.

At Minc Law, we have filed hundreds of defamation lawsuits and represented thousands of clients across the globe, so we know exactly what you need to consider when pursuing a defamation claim. We have authored nearly two-dozen comprehensive state-specific defamation law guides and are well-versed in each state’s specific defamation statute of limitations and legal requirements. Including what to do if you believe you may have missed your deadline.

The statute of limitations for filing your defamation claim will depend on several key factors:

What is a Statute of Limitations?

The “statute of limitations” is a time-limiting mechanism and the legal time frame for a plaintiff to file a lawsuit against a defendant. It was established to prevent plaintiffs from filing a lawsuit many years after an unlawful event occurred.

The statute of limitations exists to keep information that is material to the legal matter at hand and witnesses current. It also enables the accused party (the potential defendant) to receive proper notice of impending action, so that they can best prepare and defend themselves.

Since every state’s laws are different, there is not one uniform defamation statute of limitations across the United States. Even at the state level, other factors might affect your deadline to file a defamation suit – and there is usually more than one limitation period in play. 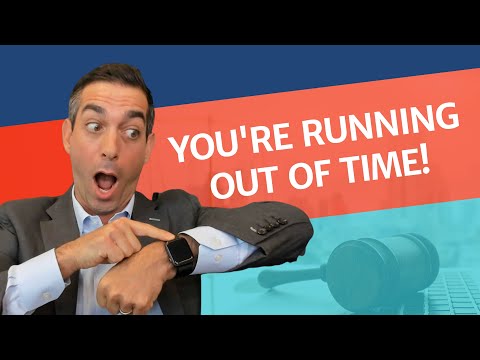 Generally, the statute of limitations period begins the first time a defamatory statement is published or communicated. This is called the single publication rule.

The single publication rule is very nuanced for defamation-related claims, and several exceptions and clarifications can apply. This rule is an example of why it is important to act as soon as you become aware of defamatory statements.

Where Should I File My Defamation Lawsuit?

The location of the case, or its jurisdiction, plays a major role in the applicable defamation statute of limitations and where you should file your defamation lawsuit.

The chart below outlines the general statute of limitations for defamation claims in each state. Even if you are located in a jurisdiction with a longer statute of limitations, it is still generally better to file your action sooner rather than later. After all, the more time that passes, the harder it is to pursue a defamation case – and it becomes more difficult for everyone involved.

For the plaintiff, it becomes increasingly difficult to gather the necessary evidence to back up your claims as time goes on. Many online platforms delete data after a certain length of time, so your chance of recovering evidence decreases with time. You may also need to find the perpetrator’s identity, which becomes more difficult as more time passes.

It may seem like determining the statute of limitations for defamation is a simple matter of looking up the state law. But often, there are claims other than defamation that come into play as well – and those can change the deadline to file your case.

Most people assume the place where the injury occurred determines the jurisdiction. Or else, it would be the location where the plaintiff or defendant lives. However, you might have several other options available to you.

Exploring All Potential Jurisdictions to File Your Defamation Claim

The fact that you live in a certain state does not guarantee that you must, or even can, file your defamation claim in that location. We can almost always make arguments for filing your defamation lawsuit in other jurisdictions.

For example, you generally have one year to file your California defamation claim. According to Massachusetts defamation law, you have three years. All else being equal, we will likely opt for whichever jurisdiction has a longer statute of limitations for your case.

Sometimes, circumstances arise that make it necessary to extend the time frame to file a defamation claim. The statute of limitations will sometimes be paused (or “tolled”) because of a legal exception.

Below, we take a look at four common exceptions that could cause the statute of limitations to be tolled in your case.

Online Libel Tip: If you are the target of online defamation, sometimes the easiest first step is to send a defamation cease and desist letter to the offending party. Its a direct method to let the offending party know that you are not afraid to push back. However, sending a cease and desist letter to stop online defamation is not always the appropriate course of action and can backfire, so it is important to first consult an experienced internet defamation attorney before sending one.

If the perpetrator behind the defamation is anonymous, in some states the statute of limitations against them will not begin until you discover who they are. This type of situation is commonly referred to as a John Doe claim because you initiate proceedings against a “John Doe” defendant before you ascertain their identity. The legal exception is called fraudulent concealment.

When you file a John Doe lawsuit, the statute of limitations against the actual perpetrator will be tolled under this exception with the defendant has purposefully concealed their identity to avoid being caught for their wrongful conduct. Then, if you successfully identify the anonymous poster or person after the statute of limitations has passed, you can still add them to your complaint.

At that point, the statute of limitations clock would start running.

Many states have a clarification on when the clock starts for the statute of limitations, called the discovery rule, which applies when the subject of defamation was unaware of the defamatory statement until some time after the fact.

In general, the discovery rule starts the statute of limitations clock on the date the victim learned of the damaging statement. This date could also be the point at which they should have discovered the defamation with reasonable diligence. This rule generally does not apply to online defamation. It generally does not apply to anything published that is publicly accessible and accessible to anyone, even if the Plaintiff does not actually find out about it till later.

The Victim Is a Minor

In certain jurisdictions where the victim is a minor, the statute of limitations clock may not begin to run until the victim turns 18.

This exception is also made for those who are declared legally incompetent at the time the statement was made.

An excellent example of this exception is the COVID-19 pandemic when nearly every court was closed and complaints could not be promptly filed. In cases like this, reasonable exceptions are made for plaintiffs who file as soon as they are able.

When Should I File My Defamation Lawsuit?

Generally, the faster you can file your defamation claim, the better.

If you do not have to argue over the statute of limitations, it makes your defamation claim easier and allows for fewer distractions in your case. Being timely also helps with tracking down witnesses and evidence, and it is easier to keep them on hand. It is also easier to keep all non-online information available.

Filing your defamation lawsuit as soon as possible makes pursuing and bolstering your case easier.

Avoiding a statute of limitations fight also helps keep your bill down. Your attorneys will not have to argue over timeliness issues with the opposing side, and they will have more time to dedicate to the substantive matters in the civil procedure.

Filing a defamation lawsuit as soon as possible is also better for information retention and collection, especially if you are trying to identify anonymous internet users. Your goal is to keep all information as fresh as possible.

If you need data from either search engines or hosting providers, it is better to submit subpoenas as quickly as you are able, since internet platforms and service providers do not maintain data about someone’s identity indefinitely. You will want to obtain that data before it is deleted.

Statute of Limitations For Other Legal Claims

Each of these internet-related legal claims boasts their own statutes of limitations that could be more advantageous to pursue due to longer filing time frames.

Online harassment is extremely pervasive in modern times; according to a Pew Research study, 40 percent of adult internet users are harassed online. This behavior could constitute internet harassment or cyberbullying, and these charges often have a longer statute of limitations than defamation alone.

You may be able to file a harassment claim up to five years after the incident of harassment, depending on if the offense was a misdemeanor or a felony.

Defamation Removal Tip: You can keep track of your online reputation and the reputation of your business by creating a ‘Google Alerts’ account and monitoring your name and associated keywords online. This way, you can more easily identify any instances of online defamation as soon as they happen. The sooner you identify them, the sooner you can take action – and less damage to your reputation will occur.

Statute of Limitations For Business Claims

If false statements are published about your business, or related to a contract, it could have a longer statute of limitations than defamation alone. You may have a claim for business disparagement, or other similar claims, which covers derogatory comments made to discourage people from engaging with your business or property.

Business disparagement is also known as:

To succeed in a business disparagement claim, a plaintiff must prove that the defendant made a false statement(s) intending to cause financial loss for the victim’s business, and suffered financial losses as a result of that statement(s).

In a business disparagement suit, a plaintiff must also prove that the defendant acted with actual malice or reckless disregard (they knew what they were saying was not true or ignored its high probability of falsity) when publishing the false statements.

Business disparagement statute of limitations can be much longer than other tort claims, typically clocking in between two and three years.

For example, California law requires a plaintiff to file a business disparagement suit within two years of the publication of a disparaging statement(s), or within three years if the statement relates to the plaintiff’s title to property.

However, some jurisdictions have ruled that business disparagement claims are derivative of defamation claims and will apply a defamation statute of limitations on these claims.

Good morning My family recently needed legal council dealing w a defamation incident. Ms. Arko was/is our attorney. She has been excellent. Her advice and handling of the situation helped us navigate this tough time in our lives and gave us great comfort. We are extremely satisfied w her council and are grateful for the work she did.

At Minc, we will provide a thorough analysis of your case to determine the best time to file your lawsuit. We will evaluate your case and the entirety of the circumstances to make sure we have considered all possible claims.

Reach out today to schedule your free, initial no-obligation defamation consultation by calling us at (216) 373-7706, speaking with a chat representative, or filling out our contact form. How Much Does a John Doe Lawsuit Cost? The Cost to Sue an Unknown Defendant