Like most forms of social media, Twitter is susceptible to abuse. Fortunately, the platform enables users to report tweets that violate Twitter’s Terms of Service. To report a tweet, you will need to take the following steps:

In this article we will discuss the types of Twitter violations, and how to report a tweet as well a Twitter account. We will also cover how long it takes for a report to be processed and how misinformation on Twitter can harm your reputation.

Twitter is a large social media platform that uses “microblogging” to send and receive short posts called “tweets”. Tweets are made up of 280 characters that can include links and photos. Twitter has become popular with academics, students, policymakers, politicians, celebrities, businesses, and the general public.

While freedom of speech and expression are very important to the founders of Twitter, reporting content on the platform is an important tool to keep the platform safe for all users. The ability to report content on Twitter helps keep the social media platform an inviting place for people of all backgrounds to interact.

Twitter allows users to report individual tweets, lists, or profiles for violations of ‘Twitter’s Rules’ or Terms of Service.

Some examples of content that violate Twitter’s Rules include:

In 2016, Twitter completed a total refresh of their abuse policy to better protect their users from harmful accounts and misinformation. The newly refreshed policy allows users to report abusive or harassing content that violates their policies.

Yes! All reported tweets will be reviewed by the Twitter team. The review team will then determine whether or not action is necessary.

Twitter says: “If you see something that violates the Twitter Rules, the most important thing you can do is report it. Reporting helps signal to us that something is going on, and it helps us keep conversations on Twitter healthier in the long term. We can take action on individual tweets, Direct Messages, or accounts.”

In other words, Twitter takes rule violations seriously and reviews all reported content. Reporting an inappropriate or abusive tweet is not a futile effort – it helps Twitter maintain a safe environment for all users.

Online Extortion Tip: Whether you are dealing with extortion or sextortion on Twitter (or any website) there are some important tips to remember when dealing with the attack. First, document all evidence of the attack, including screenshots – in case the attacker later deletes their messages. Do not take preemptive measures to “control the narrative” on your own, you could make matters worse. Finally, do not give into an extortionist’s demands. You have legal options!

With 500 million tweets being posted each day, you are bound to come across something offensive, negative, or abusive. If you see something that violates Twitter’s Rules, you should report it.

It is important to note that you can still report tweets from an account that you have blocked or that have blocked you, but only if the offending tweet mentions you.

How Often Does Reporting a Tweet Result in the Tweet’s Deletion?

Reporting a tweet, however, does not automatically result in suspension of the account in question. If you would like to learn more about the requests Twitter receives to remove tweets, view their Transparency Report here.

According to Twitter’s transparency report from January – June 2020, Twitter received reports on 1,940,082 accounts. Out of those reports, 925,744 accounts were suspended and 1,927,063 tweets and/or accounts were removed.

We also found an interesting experiment conducted by a group named Women, Action, & the Media (WAM!). WAM! teamed up with Twitter in 2014 to address online harassment. WAM! found that of the 161 reports that they submitted to Twitter, Twitter suspended 70 accounts, handed out 18 warnings, and deleted 1 account. WAM! estimated that Twitter took action on 55% of the reports.

When You Report Someone on Twitter is it Anonymous?

Online Defamation Tip: The best way to protect yourself from an online defamer is to identify the person attacking you. If you are dealing with an anonymous defamer, it helps to start with a Google search. People often use the same screen-name across several platforms, so you may be able to uncover additional details simply by searching for their username. Conducting a Reverse Image Search on Google is another way to find out more information about a defamer. If they have a profile picture, a reverse image search of the image might locate additional accounts that you could use to uncover their true identity.

Likewise, if you discover an account that is being used to incite violence or promote hateful conduct, you can report the account for Twitter’s review. In January alone, Twitter made the news for banning thousands of accounts after violence in the U.S. capitol – out of fears the platform would be used to fuel future violence.

If someone is engaging in harassing or abusive behavior, you can also use this form to report their account.

If you are in a situation where you do not know exactly who is behind a Twitter account, there are ways to find out who owns it. It is important to note, however, that Twitter will not release account information unless it is required by a valid legal process.

If you are facing a civil matter like Twitter defamation or copyright infringement, you will have to work with a civil attorney to obtain a subpoena. Check out our article, “How to Identify Anonymous Posters Online” to learn more about obtaining subpoenas to uncover a poster’s identity.

Video: Steps to Take If You Are the Target of Twitter Defamation 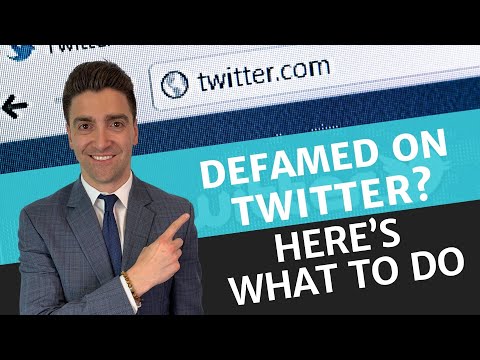 In a nutshell, an attorney can help uncover the identity of an anonymous defamer by filing something known as a “John Doe lawsuit.” Since you do not know the defamer’s identity, a lawsuit is filed against “John Doe,” or a fictitious defendant. A John Doe lawsuit enables you to file your claim within the appropriate statute of limitations and starts the discovery process – wherein the anonymous defendant can be identified. We cover the topic of John Doe lawsuits and their applicability in the video below.

Video: What is a John Doe Lawsuit? How to Identify an Anonymous Attacker 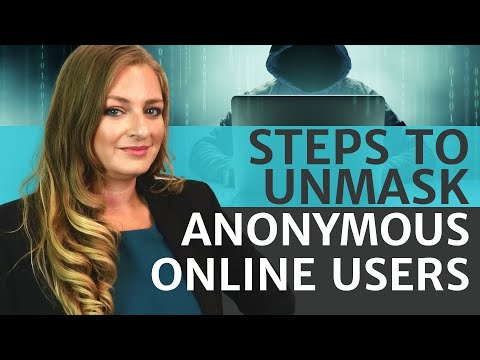 How Long Does it Take to Remove Something From Twitter?

After you submit a report to Twitter, you will receive a confirmation message from Twitter within 24 hours. It may take up to 7 days for Twitter to review your report.

If Twitter determines that the reported account or tweet is violating its policies, they will take action. Twitter’s response may result in the account-holder receiving a warning. More serious violations can result in the permanent suspension of the account. Either way, you will receive a notification if an action is taken on an account that you reported.

Also, the original content of the reported tweets will be replaced with a notice saying it was reported, but you can click through and view the tweet if you wish. This notice will be displayed for 14 days after the tweet is deleted.

Twitter is a platform that thrives on user-generated content. They cannot and will not remove every tweet that may be offensive, but they do take content violations seriously. According to Twitter’s own policies, they will not remove content that meets certain conditions.

The spread of misinformation on Twitter hurts everyone, but it can be particularly harmful to one’s reputation. Misinformation (or lies) can lead to many negative consequences, including:

If you are unfamiliar with the process of filing a defamation lawsuit and would like to learn more, our team created the video below to explain the steps we take at Minc Law to resolve our clients’ defamation matters.

Video: How to File a Defamation of Character Lawsuit 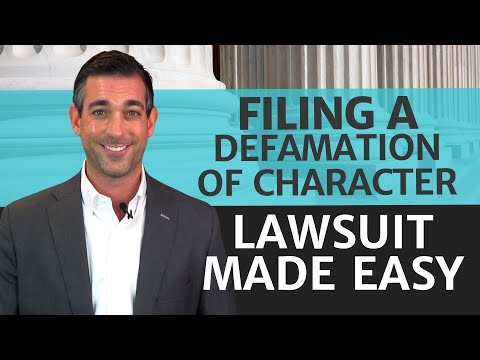 “Melanie was a great help and was so supportive during these difficult times. She was available to answer all of my questions in a prompt and timely fashion.”

Minc Law has extensive experience going after individuals who make harmful and defamatory statements online. We have removed over 50,000 pieces of defamatory content from Twitter, social media platforms, and other websites. To learn more and set up a free consultation, fill out our online contact form, use our Live Chat feature, or call us at 216-373-7706.

Twtiter India. A Refresher on the Rules: What Happens When You Report?

Sarah Kessler. A Snapshot of How Twitter Deals with Online Harassment. Fast Company (2015).

How to Deal With Sextortion on the Internet How Much Does a John Doe Lawsuit Cost? Cost to Sue Unknown Defendants