Video: Help! My Nudes Are on the Internet – How Do I Remove Them? 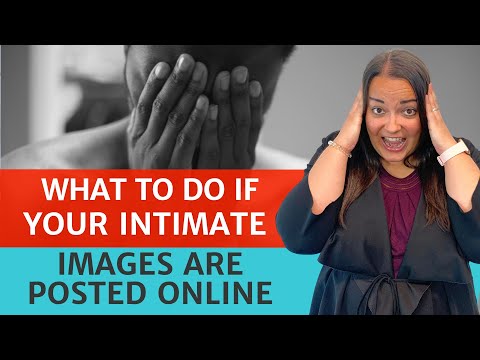 What Is Non-Consensual Pornography?

Specialists prefer to use the term “non-consensual pornography” to describe the publishing of intimate photos without the permission of the photos’ subjects.

Lately, some victims have been fighting back more aggressively. Anisha Vora’s ex-boyfriend posted nude photos of her that were picked up by 3,000 websites. Strangers who’d seen the photos showed up on her doorstep. She called the police on her ex, who was later convicted of invasion of privacy. She also became a volunteer at the aforementioned Cyber Civil Rights Initiative, which provides support for victims and information for the general public

According to a recent survey by the Cyber Civil Rights Initiative:

As victims have become more vocal in decrying abuses, politicians have taken notice. At a national level, California Rep. Jackie Speier introduced legislation in July of 2016 making distribution of intimate images without consent a federal offense punishable by up to five years in prison. Speier’s bill is called the Intimate Privacy Protection Act.

Video: What to Do If Someone is Sharing Your Intimate Images Without Consent 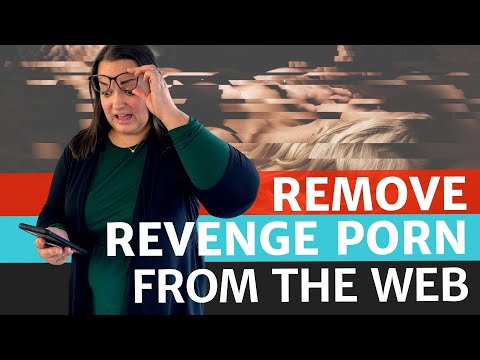 The bill would make it a crime to distribute a “visual depiction of a person who is identifiable from the image itself or information displayed in connection with the image and who is engaging in sexually explicit conduct, or of the naked genitals or post-pubescent female nipple of a person, with reckless disregard for the person’s lack of consent to the distribution.” Speier has said there is bipartisan support for the measure and she hopes to press it in the next session of Congress.

“Just because you are sitting behind a computer, committing what is essentially a cowardly and criminal act, you will not be shielded from the law or jail,” California Attorney General Kamala Harris said after the conviction. Bollaert is now serving an eight-year prison sentence for his crimes.

The case centered on an invitation-only online group called Marines United, which was made up of about 30,000 active duty Marines or veterans. The group shared naked photos of female service members through a private Google Drive account. Group members not only uploaded images of dozens of servicewomen, but also listed the women’s names, ranks, and bases. Marines United even posted screenshots of the women’s social media accounts. Service members who participated in photo sharing were stationed across the world, from Japan to North Carolina, and represented a range of military branches from air wing to infantry, according to the military website, The War Horse, which first broke the story.

The group’s activities have caused a wave of outrage. Congress is holding hearings. The Naval Criminal Investigative Service, the navy’s primary law enforcement arm, is also pursuing an investigation. However, non-consensual pornography of a service member is now a crime in the Navy and Marine Corps as of April 19, 2017. An interim revision to a statute prohibits Navy and Marine Corps personnel from posting intimate photos “if the person making the distribution or broadcast does so without legal justification or excuse,” the regulation reads.

But none of this has been much solace to victims. As authorities have shut down Marines United, explicit photos collected on the site have ricocheted around the Internet, already turning up for sale on the dark web.

On March 15, 2017, a California lawmaker announced legislation that criminalizes non-consensual pornography in the military. Introduced by Rep. Jackie Speier, the bill comes in the wake of the national new coverage of nude female Marine Corps members images being spread through Facebook.

However, groups representing servicewomen were not satisfied. A leader of “Not in My Marine Corps,” an organization of Marines, veterans and civilians fighting sexual harassment, sent an impassioned open letter to Facebook Chief Operating Officer Sheryl Sandberg, who is known for her activism empowering women to get ahead in the workplace

“Facebook has been negligent in removing pages, groups, and users, that actively promote non-consensual intimate photo sharing and incite sexual violence and harassment,” wrote Erin Kirk-Cuomo, co-founder of Not in My Marine Corps. She added: “Further, the reticence of Facebook to take prompt action on this issue has cultivated a belief that this behavior is tolerated. In the wake of the Marines United unmasking, dozens of similar and copycat groups have been created. The current screening and reporting process remains largely ineffective. I have heard from concerned users that they have been forced to report these pages multiple times a day for weeks in order for Facebook to review the validity of the claims all while hiding behind automated and couched responses. This slow removal process allows this cancer to metastasize.”

If you do become a victim, it’s important to take screenshots of the websites the intimate material turns up on. This can provide important evidence. I good resource and to use to record evidence in forms that are admissible in a court of law is a company called Page Vault. I highly recommend contacting them for one time or ongoing services to properly preserve online evidence.

If the photo that was posted against your will is a selfie, you may have another legal outlet: copyright law. It’s possible to get the photo removed from Google index if you can prove the photo is yours and you own the copyright. Competent legal counsel is essential before going this route.

If these relief tactics don’t work, however, and content goes viral, or anonymous perpetrators are continuing to engage in the malicious conduct of spreading the images or other wrongful acts occur (like extortion), it then becomes necessary to hire legal counsel who is experienced in these matters to assist and resolve the issues. This is an are of law that I have a lot of experience with.

The War Horse. An Attack From Within: Male Partners Ambush Women in Uniform (2017).

David B. Larter. Posting Private Nude Photos is Now a Crime in the Navy and Marine Corps. NavyTimes (2017).

How Do I Remove False Reviews From Citysearch? Dangers of Sexting: Why You Should Not Sext