The Basics: What is Scam.com?

As of January, 27th, 2018, Scam.com boasts over 53,000 threads, 735,000 posts, and 313,000 members, making it a hotbed for scam-reporting and business reviews. According to Alexa.com, an American website providing web traffic data and analytics, Scam.com receives the majority of their traffic from U.S. visitors (71%), with the second highest amount coming from India (3.2%).

Unfortunately, not all websites who start with an honest and transparent message in mind, continue down that path. Over the years, Scam.com has slowly departed from their once honest message, and crossed the line, allowing false, defamatory, and unwarranted attacks to run rampant in their forums, and damaging and destroying countless reputations and businesses. Additionally, Scam.com posts mugshots, another highly criticized industry, due to the refusal by most mugshot websites to remove arrest and photo records after charges have been dropped, expunged, or the party was found not guilty. For further reading on how to remove mugshots and judicial records from the web, we recommend checking out our article, “How to Remove Court Records from the Internet“, and our video below.

Video: How to Remove Court Records From the Internet 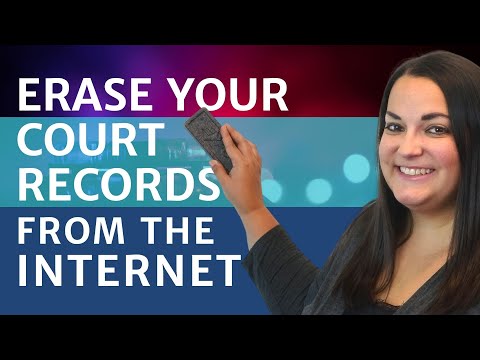 If you, or your business, has been targeted of malicious online posters and defamed online, the Internet Defamation Attorneys of Minc, LLC will fight to permanently remove any posts in order to protect and restore your reputation. At Minc Law, our team of Northeast-Ohio lawyers have a nearly 100% removal rate, and will personally work with site administrators, content managers, and third-party arbitration services to secure a seamless removal, and all for a flat, reasonable fee.

To schedule a free, confidential initial consultation, call us at (216) 373-7706, or fill out our online contact form today!

Defamation Law Removal Tip: Posting mugshots online is not illegal, as they are property of the public record and available to the general public. However, mugshot websites often charge removal fees, which is highly unethical and borders on extortion. Due to mugshot sites falling within a grey area, Google has taken steps towards decreasing the visibility of mugshots, altering their search algorithms to make sure such pictures don’t appear on the first page of search results when searched by name.

The Web 2.0, and the Evolution of User-Generated Content Platforms

The Internet has taken various shapes and forms over the years, evolving into its present adaptation, where users, not organizations or businesses, are the primary drivers and creators of content.

The Internet’s first step in evolution manifested itself in the form of “The Web 1.0,” where content creators were limited, and the majority of users were passive consumers of it. However, in the late 90s and early 2000s, static pages, basic programming languages, and online guestbooks, were replaced by social networking sites, hosting services, and the topic of this post, user-generated content platforms, ultimately, changing the very way we use and view online content.

Instead of being told about politics, current events, and other highly contentious social issues, users were now able to craft their own narrative on whatever they wanted. Mass distribution of information was positive in the way that it led to a more informed reader, but also brought never-imagined negatives and consequences, such as using the Internet as a malicious platform to defame and attack others. Users began using user-generated platforms for everything imaginable, including reporting on and exposing the latest scams, rip-offs, and bad faith business dealings.

Defamation Law Tip: Defamation can be broken into two forms; libel and slander. Libel is the written publication of a false statement causing damage to a person’s reputation, while slander is a spoken publication. In order for a plaintiff to succeed in their defamation claim, they must prove the following four elements: i. A false statement was made purporting to be fact, ii. The statement was published to a third-party, iii. The defendant’s conduct amounted to at least negligence, and in certain cases actual malice, and iv. Damages.

Can I Hold Scam.com Liable for Defamatory and Libelous Online Content?

Scam.com’s vBulletin message board allows users to act as the driving force behind what information is disseminated, and is systematically structured, providing users with a straightforward, easy-to-use interface. The site labels itself as “the best whistleblower message board to expose scams, rip offs, & scammers,” invoking a sense of vigilante justice in each and every poster, subsequently, jeopardizing you and your business’s reputation and future.

Although most Scam.com posters and users are legitimately searching and posting information regarding real scams and hustles they’ve personally encountered, there’s still a significant percentage of users who use the platform to push their own malicious agendas by attacking innocent people and businesses.

As a user-generated content platform, Scam.com receives broad protection and immunity under a landmark piece of Internet legislation titled “The Communications Decency Act of 1996 (CDA).” Scam.com recognizes their relative blanket protection as a third-party platform, as expressed in their Terms of Service (TOS):

“Although the administrators and moderators of scams will attempt to keep all objectionable messages off this site, it is impossible for us to review all messages. All messages express the views of the author, and neither the owners of scams, nor vBulletin Solutions, Inc. (developers of vBulletin) will be held responsible for the content of any message.”

In the above passage, Scam.com alludes to Section 230 of the Communications Decency Act, the governing clause of user-generated platform immunity, which reads:

As long as Scam.com and other user-generated content platforms abstain from adding any original comment or edits to content posted by third-parties, they will continue to receive blanket protection and immunity under the CDA, leaving only one party to go after; the malicious poster.

Ohio Defamation Law Fact: When bringing a libel, slander, malicious prosecution, or false imprisonment claim in Ohio, plaintiffs must bring their claim within one (1) year of the date the cause of action accrued, also known as the time when the plaintiff first discovered the injury.

While the Communications Decency Act provides protection and a safe harbor for user-generated content platforms, it does not protect individuals who abuse such platforms by posting false, unwarranted, and libelous attacks against innocent persons and businesses.

You can hold individual malicious posters liable, but it can be difficult.

Unfortunately, Scam.com’s design and verification procedures complicate the identification process, as they allow for anonymous pseudonyms and a relatively basic registration process. Users register by creating an anonymous handle, also known as their username, and post reviews, comments, and articles under it. Although the site does require an email address, there are no indications a user’s email is used for verification purposes, allowing users and malicious posters to sign up under the guise of a “throwaway email,” and thus making one’s true identity more difficult to ascertain.

Furthermore, Scam.com’s site policies aren’t particularly well-developed or fleshed out, and most of the content appearing under their FAQ section is a stock copy of any run-of-the-mill vBulletin operated website. Under their “Dealing with Troublesome Users” section of their FAQ, they provide some information about blocking a user’s post, but not removing it permanently. Blocking may act as a temporary, and immediate victory, but still doesn’t prevent malicious and false information from circulating and spreading online. Additionally, their option for reporting content isn’t clear, and it’s unknown whether any guidelines, or time-frames, for removals exist beyond this statement:

“You will find ‘Report’ links in many places throughout the board. These links allow you to alert the board staff to anything which you find to be offensive, objectionable or illegal.”

If you or your business has been posted to Scam.com, there is also a chance that you are the target of fake Google reviews as well. We recommend checking out our post explaining how to remove Google reviews for further reading!

Due to the complex and unclear nature and of Scam.com’s removal and reporting policies, it is highly recommended you reach out to an experienced defamation removal attorney. At Minc Law, we know how to navigate user-generated platforms in order to find the quickest and most effective way to permanently remove content. Aaron and his Ohio-based team of lawyers have dealt with countless removals, and have nearly a 100% removal rate, and all or a flat, reasonable fee. Reach out today to get started.

Defamation Law Fact: “Defamation Per Quod” is the exact opposite of defamation per se, and occurs when there is no obvious or apparent damage and injury. Plaintiffs are required to provide additional evidence and prove monetary and general damages, as opposed to an implied presumption of special damages in defamation per se cases.

Scam.com is a reminder of the freewheeling days of a once immature Internet framework, allowing anonymous users to maliciously attack innocent parties online, with little to no repercussions.

If you have been targeted by online defamation on Scam.com, or other review and scam-exposing sites, the Internet Defamation Removal Attorneys of Minc Law, based out of Cleveland, Ohio, will utilize a number of effective take-down strategies to help restore and repair your online reputation. At Minc Law, we know how to work with sites like Scam.com to hold online defamers and malicious parties liable, and will pursue alternate options of removal when necessary.

We want to fight for your reputation.